By Celia A. Miller 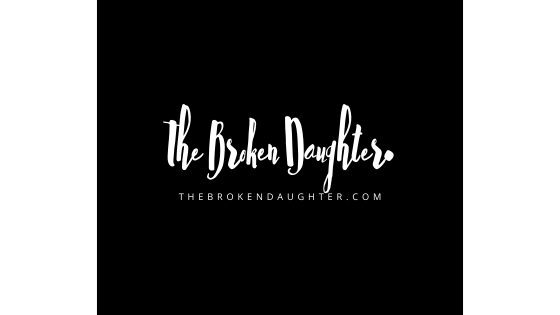 He overturned the tables of the money-changers and the benches of those selling doves.

Did you know that Jesus overturned tables? Yep, that’s right. The Almighty God, in all of His splendor and glory and perfection… overturned freaking tables! He walked into the temple courts of Jerusalem, was so angered by the blatant disrespect against His house of prayer and lost His God-fearing, holy mind. The Bible even states that He “drove out all who were buying and selling there” (Matthew 21:12 NIV). Can you imagine being a face in the crowd watching this man who claimed to be the Messiah in the flesh, physically chase people out of the temple, as He’s running around knocking over tables?! I picture His voice raised in righteous anger, yelling so fiercely that He’s red in the face as He literally chases people out! Hands waving, sandals flying off, his holy attire a mess! Can you imagine the confusion and bewilderment on the faces of those who were seated at those now overturned tables?! The thoughts running through the shoppers’ minds, as they had no idea that their harmless day of thrifting would end with a crazy, screaming man hounding them out of the temple!

I grew up in the church, heard every popular Bible story told a million times over until my ears hurt, and yet I had no idea, until just recently, that Jesus got angry enough to overturn tables. Sister, does this blow your mind as much as it blows mine?! As an Enneagram 8, this might just be my new favorite Bible story!

The onlookers probably looked at Jesus like He was crazy, and I’m sure many thought He was certifiably insane. No one could fathom the righteous anger that coursed through the Messiah’s veins that day. Not an anger that can be measured by human or societal standards, but a fit of anger brought forth from Heaven in the form of overturning tables and driving people out, in order to preserve the sacred purpose of His holy temple. Anger, I believe, fueled by a love so deep that it made Him physically hurt because His people were completely missing the point, and He ached to get them to see the importance of His holy place of prayer. They had tainted its purpose and beauty with their own worldly desires and laziness. Hence, the thrashing of the hands as He drove out the masses and the knocking over of tables!

I challenge you to not miss the grace littered all over this story because you’re distracted by the mess. The crowd watching Him only saw the chaos of this man named Jesus, but they failed to see the beauty He was uncovering in the face of the mayhem He was creating.

Do you know what I think made Jesus the most upset? The one thing that worked Him up enough to overturn those darn tables? His people’s blindness to their brokenness. They would rather sell, trade and barter their way through the temple than take time out of their day to enter into prayerful surrender with their Heavenly Father. They refused to pay attention to their mess, so in turn, He created a physical illustration of what the insides of their hearts probably looked like. To me, the best part of this story is that He didn’t just create the mess, he restored the temple to it’s true and holy purpose.

Just like Jesus had to wreak havoc in the temple in order to restore its magnificent purpose, you have got to be brave enough to bare your broken soul in humble surrender to the Creator and trust that He will bring beauty from your ashes. He doesn’t call us to look at our messes to condemn or shame us. He calls us to our mess to restore us! He draws us to sit with Him in the middle of the storm of chaos within so He can begin to make us whole again. There is no redemption without the laying down of our pride and the acceptance of His wildly unconditional grace.

Jesus cleansed the temple in Jerusalem in order to restore it to it’s true and proper purpose – to bring forth it’s authentic identity. The heart of the Father toward you longs to make you whole; to restore you to Him so you can walk in humble confidence in your true, authentic identity as a Daughter of the King. He sees your mess and isn’t disgusted or intimidated or ashamed of you. His heart breaks for you because He sees your potential… He sees the purpose for which He has created you and He desperately wants you to taste the freedom He offers and live out your calling with Him.

So, Sister Friend, sit down in your mess and face it with bravery, knowing that Jesus sits with you and longs to restore you.

I'm a 25-year-old, Enneagram 8, coffee obsessed, Jesus loving girl with an amazing husband of four years and two very cute (but very ornery) furbabies. I strive to live a life governed by grace with a deep understanding of how crazy beautiful, hard, and messy life can be. My prayer is that each time you visit my little corner of the internet, you will walk away with the truth of how Jesus sees you; beautifully broken, radically redeemed & fiercely loved. 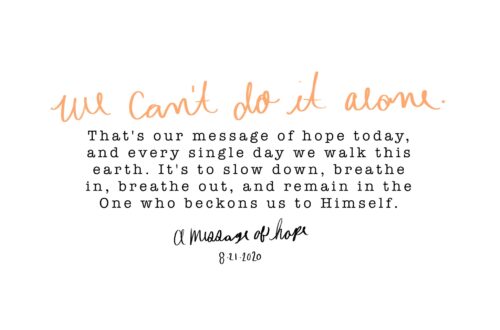 A Message of Hope. 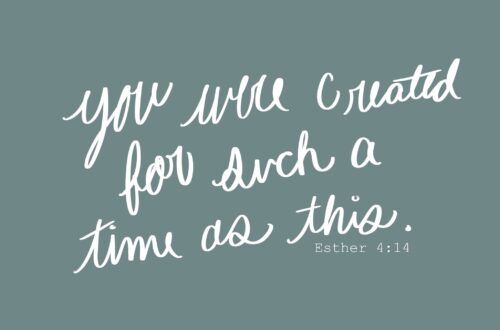 This site uses Akismet to reduce spam. Learn how your comment data is processed.

True friends are difficult to come by. But this

What ‘why’ questions are you carrying with you

Friends, I have a wild story to share with you ove

For those feeling weary and worn out, who are stru

Allow me to introduce you to Mathayo! ☺️ My h

A word & a simple prayer for those feeling anxious

Surrender your anxiety! Be silent and stop your st

Whether you turn to the right or to the left, your

February’s Newsletter is OUT and it might just b

Do you find it difficult to find moments of stilln

A prayer for joy today: Lord, help me be a notice

How would you define ‘love’? Is it physical?

There’s a new playlist over in the Resource Libr

Religion says that I have to look, act and be a ce

God is so good and knows exactly what I need when

Share this ArticleLike this article? Email it to a friend!
Email sent!